No, not the Van Halen album, and actually not statistically accurate as quite the opposite was in effect yesterday as it was Divers Up!  Which isn’t the title of an album by Van Halen.

Basically yesterday was full patch divering.  The facts are this.  Early morning –  Great Northern Diver on the sea.  Lunchtime – 106 Red-throated Divers flying north.  106.  Yes, that does read one hundred and six.  I know this because I used my county thing (scroll down to a previous post if you missed this monumental purchasing event).  I didn’t start using my county thing because I didn’t expect to see 106 of them.  I started on one hand and by the time my proverbial  boots were off, I decided to use the counter and then they came and came and came.  Ones, twos, half a dozen, a dozen etc etc.  Bloody brilliant it was.  Abso-bloody-lutely brilliant.  There was a few Guillemots buzzing past too, and just before my time was up a Razorbill landed on the sea.  And that is a patch tick.  Absolute top notchness for a whole hour.

The keen eyed Norfolk birder may well have ignored the previous paragraph once they saw the words ‘Great Northern’ and will be looking for masses of information on the ID  and some will wonder why oh why oh why it wasn’t on Birdalertpagerguides?  But then again, they probably stopped reading this drivel months ago.  All the same,  I’ll probably get accused of being a suppressionist for not shaating about the siting the moment I confirmed the ID, but there you go.  I did have to go to my place of employ immediately and it wasn’t there later in the day so that’s about the size of it.

Here is a record shot… 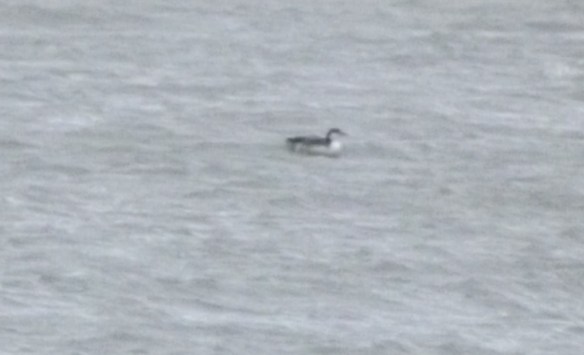 And here is another, which looks a bit less like a Guillemot… 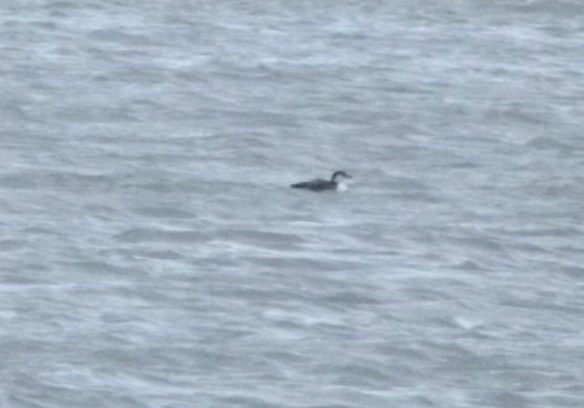 Before I left site I also had cracking views of a Black Redstart.  Patch birding, eh?